Colm O'Rourke back for a fourth time as senior manager 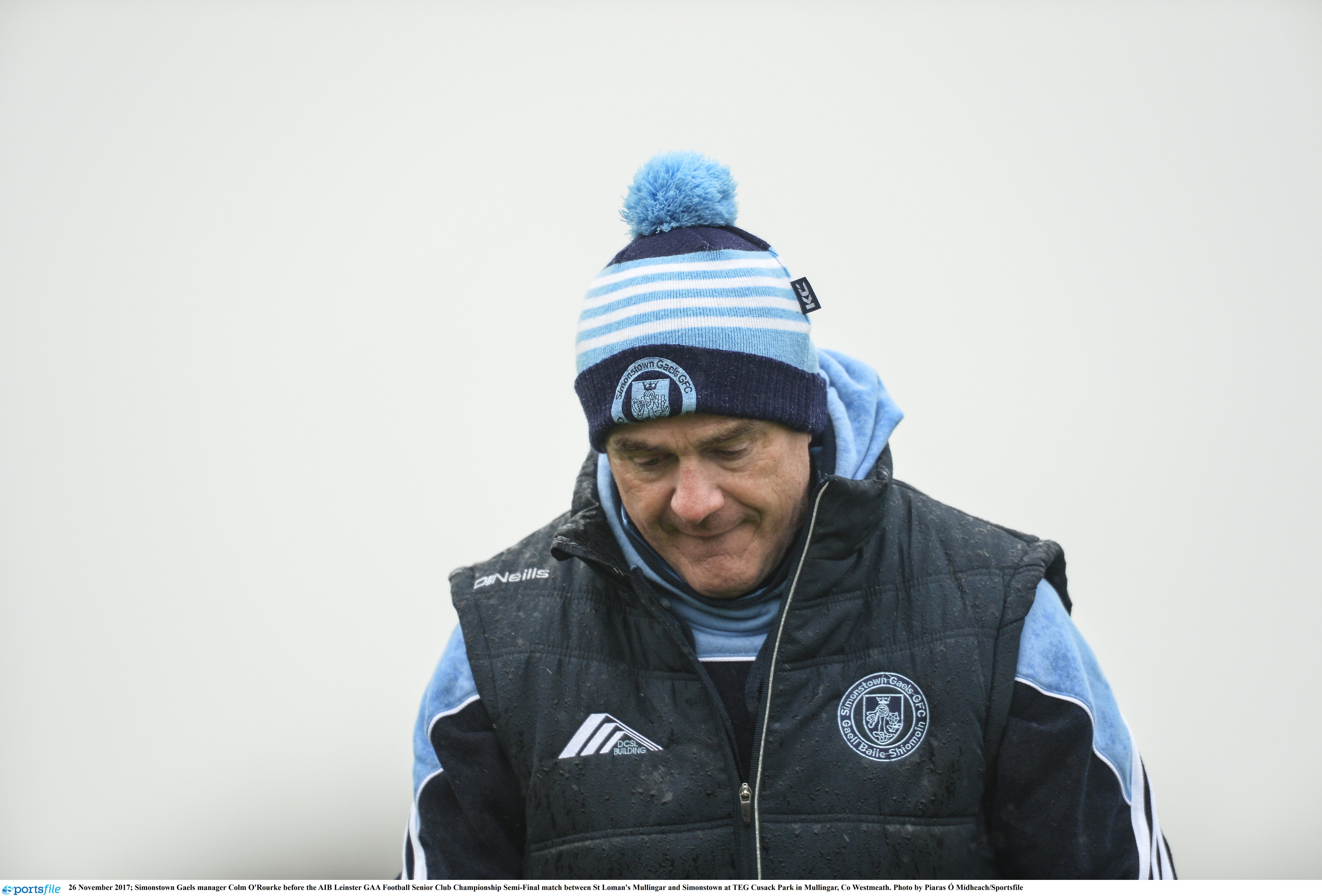 Download our mobile app to hear more about Simonstown Gaels.

Colm O'Rourke will return for a fourth spell in charge of the Simonstown senior football team but has suggested it may be his last job in management.
Colm was approved by the club's executive in the last week to take on the management role again for the next two years, replacing Des Lane who stepped down after being at the helm for the last two years.
He will again have Johnny Mills and Ciaran Kenny, coaches when the club won back-to-back Meath championships in 2016 and 2017, on board while Padraig Farrell, a Longford native and teacher in St Oliver's National School with extensive coaching experience, will also be involved. Colm has also indicated that Seamus Kenny will have input into the coaching of the team.
Colm stepped down after the club's second Keegan Cup win in 2017, citing a lack of energy after a long season.
But that energy has now been replenished, fuelled in part by the break and involvement with the club's second team which lost the Premier Division Two final against Trim in September.
I was tired in 2017, he recalled. I had done four years. I was mentally exhausted more than anything else, 2017 turned out to be a very long year because we started off early that year and also got to a league final and a Leinster club semi-final. So it went on until nearly Christmas. I just found I was lacking a bit of energy for it. That's not the way to go again. People were talking about 'three-in-a-row' but that didn't motivate me sufficiently, he added.
He said the enjoyment of working with so many of the current players in the past was a primary motivating factor in getting back involved again.
I have always enjoyed being involved with the players. Why does anybody be involved? I suppose it is the fun we all get from it. I knock great enjoyment out of the players, I don't know whether they knock the same enjoyment out of me! That's what has kept me coming back. And I have also enjoyed working with the quality of people like Johnny and Ciaran and I am looking forward to the same with Padraig Farrell and Seamus Kenny as well. They are people of calibre who will take me on. They are not going to be 'yes' men by any standards. It is always good to be in a position where you enjoy working with people who challenge you. Colm first managed Simonstown in 2001 and continued in the role for six years but ultimate success eluded him with back-to-back Meath final losses in 2003 and 2004. He took the role in a temporary capacity for the 2009 championship and was back again in 2014. After two disappointing exits to Na Fianna, the corner was turned in 2016 when a landmark first Keegan Cup success was achieved. Since Colm's last departure, Simonstown have reached two further senior semi-finals under the management of Ciaran (Kenny) in 2018 and Des (Lane) in 2019 and he recognises the team he inherits will be different three years on. I would like to think we have a good panel of players with plenty of enthusiasm, they are all self-motivated and I'm looking forward to being involved with them again to see can we build another team,he said. I would say, in reality, we are going to have less than half the starting teams from those finals available so it is a new set up and there is plenty of players, there is not a shortage of players. There are a few young players who will make good seniors in time so I think it is time to throw them in. He has hinted it may well be his last job in management.You get to a point in time where you are not going to be in management for too much longer when you get into your 60s so maybe it is the last time I will be involved with a team, I don't know."

A reminder that the club's weekly online Lotto will conti...

Before a ball is kicked or a team is supported, the great...

TIPSTER COMPETITIONDo not miss your chance to win with th...

We are continuing to push the Lotto online among our memb...